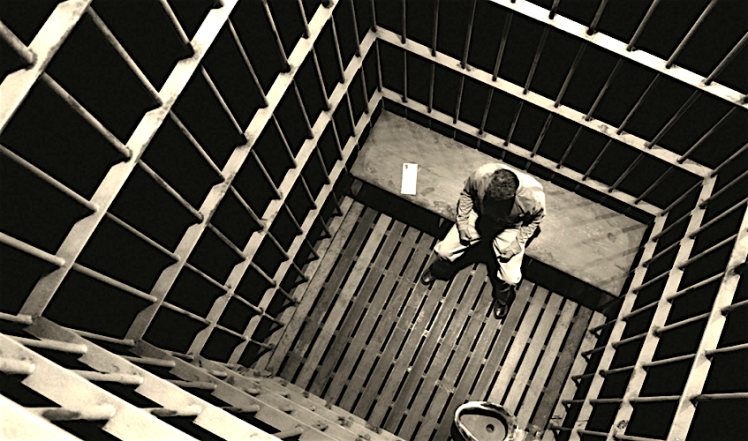 The growing number of mentally ill offenders has strained the correctional system, and prisons are, in many ways, the modern day mental health asylum. The prevalence of serious mental illness is two to four times higher among offenders than it is in the general population (Hammett, Roberts, and Kennedy, 2001). The Treatment Advocacy Center reports that American Prisons and jails housed approximately 356,268 offenders with severe mental illness in 2012. That figure is more than ten times the number of mentally ill patients in state psychiatric hospitals, which equates to 35,000 patients a year (Swanson, 2015). 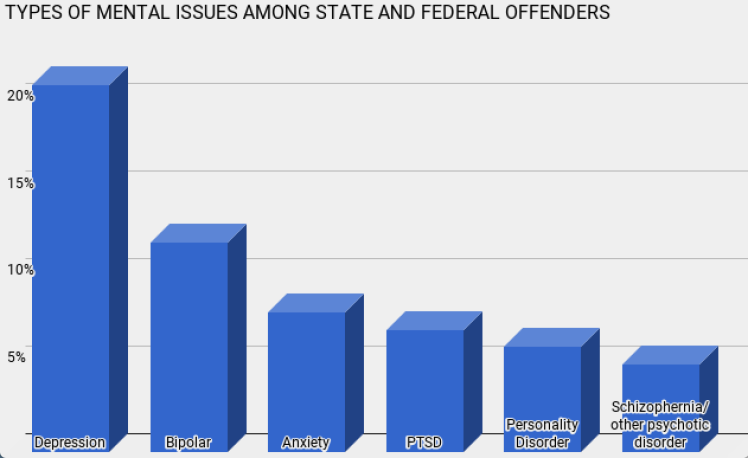 US Dept of Justice, Bureau of Justice Statistics 2007/Urban Institute

According to the US Dept of Justice (2001), state prison systems typically screen offenders for mental disorders at a reception /diagnostic center prior to placement in a state facility. As of June 30, 2000, 161 facilities reported serving this function, including at least one in every state. Nearly all of these facilities (153) reported that they either screened offenders or conducted psychiatric evaluations to determine offender mental health or emotional status on both male and female offenders.

US Dept of Justice, Bureau of Justice Statistics 2007/Urban Institute

"WHATEVER THE PROBLEM MAY BE, YOU ARE NOT IT. PROBLEMS HAVE A WAY OF ATTACHING THEMSELVES TO PEOPLE."